When things seem incomprehensible, like the story about the sons of God, the daughters of humans and the Nephilim in Genesis 6, or the images that seem to portray them in the Noah window, I try to look “through” the story, or the image, to a deeper meaning that might be hiding out of sight. 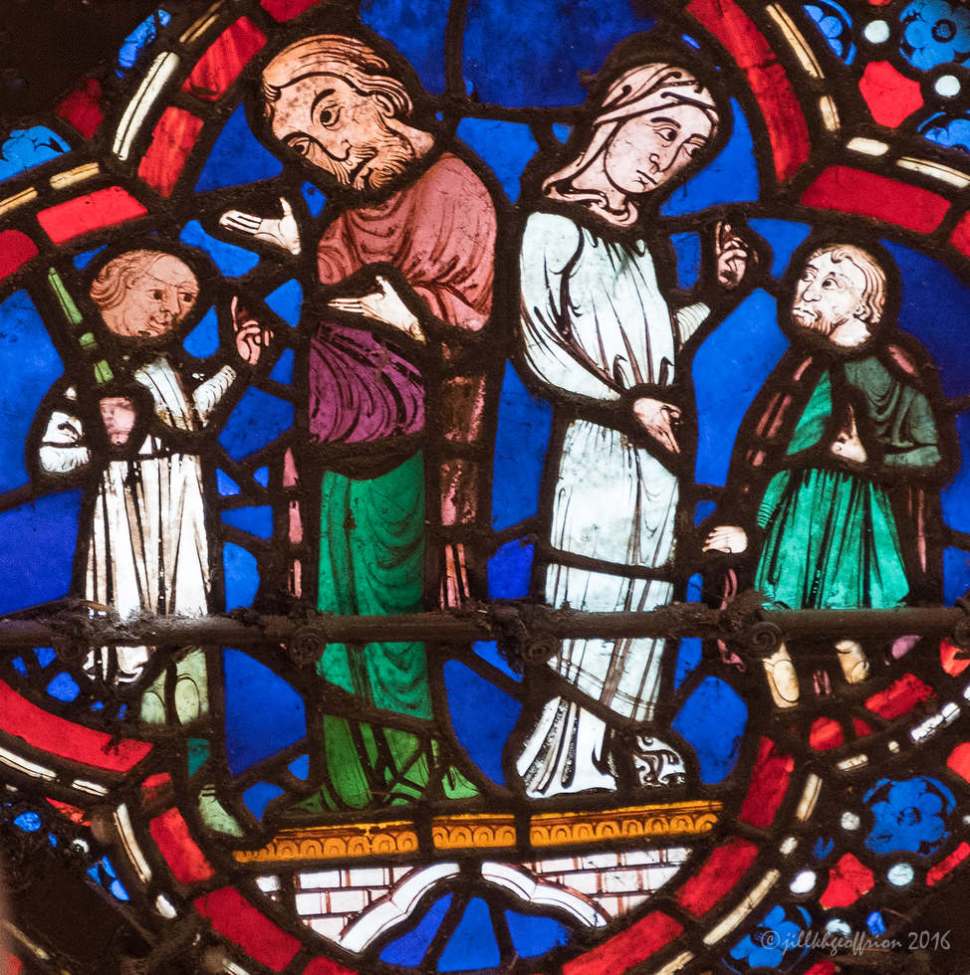 For patience to think and look more deeply, I pray. 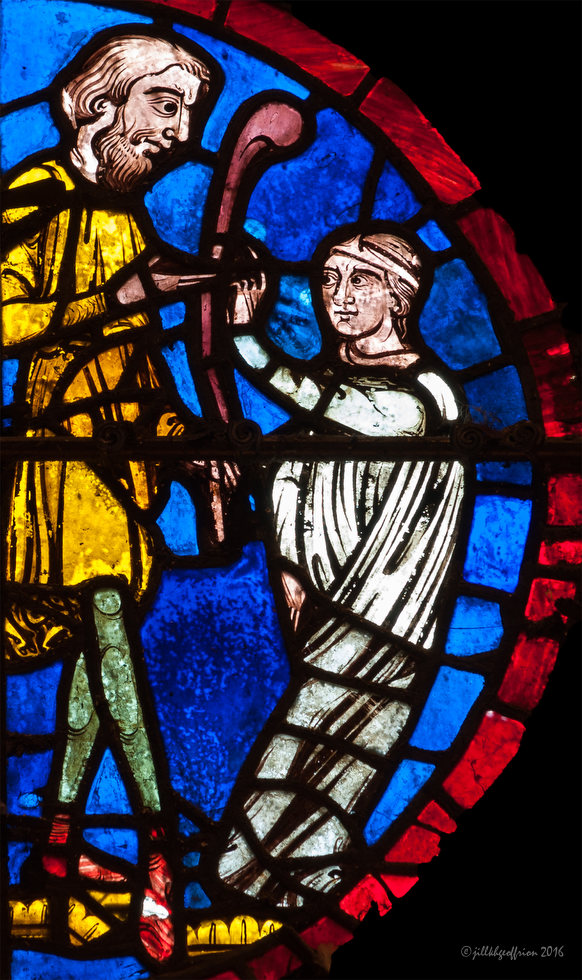 When people began to multiply on the face of the ground, and daughters were born to them, the sons of God saw that they were fair; and they took wives for themselves of all that they chose. Then the LORD said, “My spirit shall not abide in mortals forever, for they are flesh; their days shall be one hundred twenty years.” The Nephilim were on the earth in those days—and also afterward—when the sons of God went in to the daughters of humans, who bore children to them. These were the heroes that were of old, warriors of renown. Genesis 6:1-4 (NRSV) 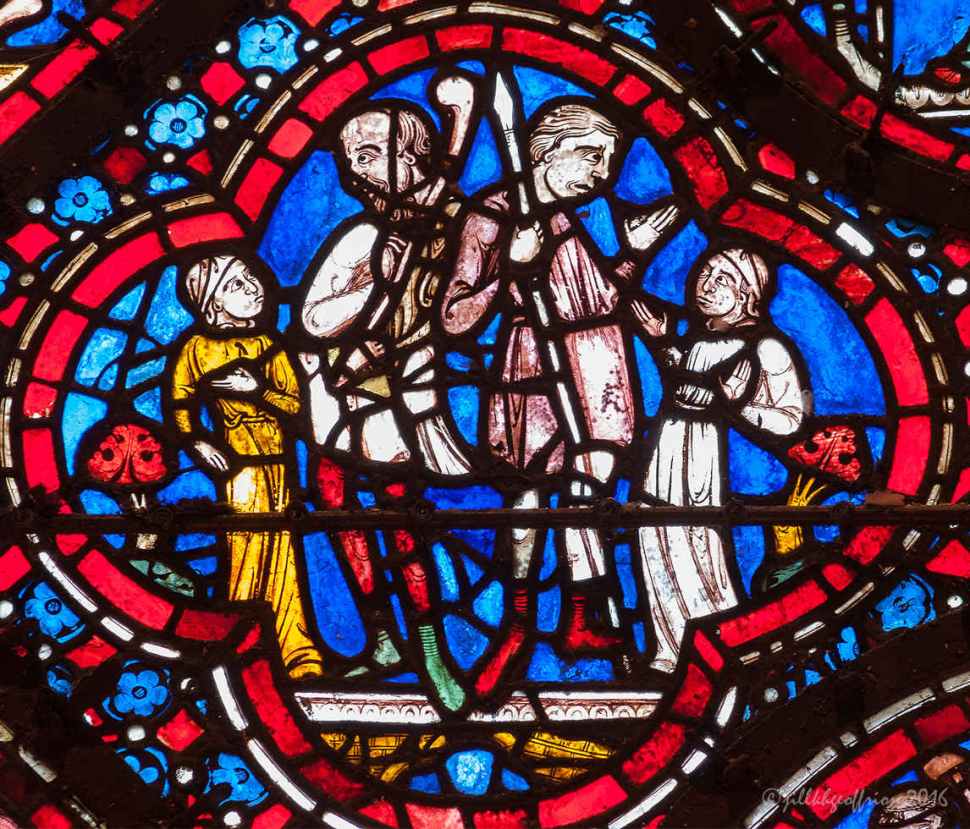 Close your eyes and connect with a feeling of confusion. Take six deep breaths as you stay with it. As you bring yourself to God, confused, yet centered, what prayers are emerging in your body, mind, heart, and imagination? Pray them now. 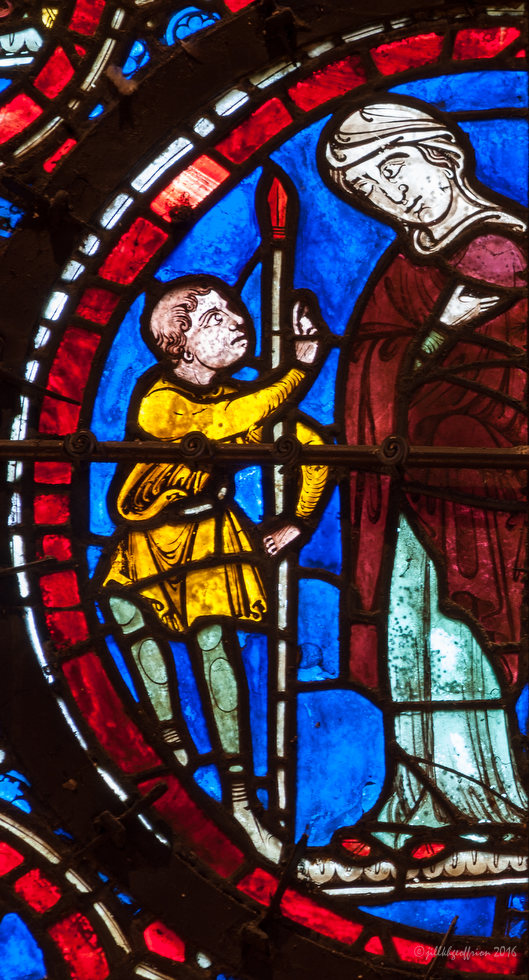 The thirteenth century stained glass window (1205-1215) which relates the stories from Genesis 6-9 about Noah and his family. It is the westernmost window in the north side aisle at the Chartres Cathedral in France. The images in this post are found in the second and third rows from the bottom. 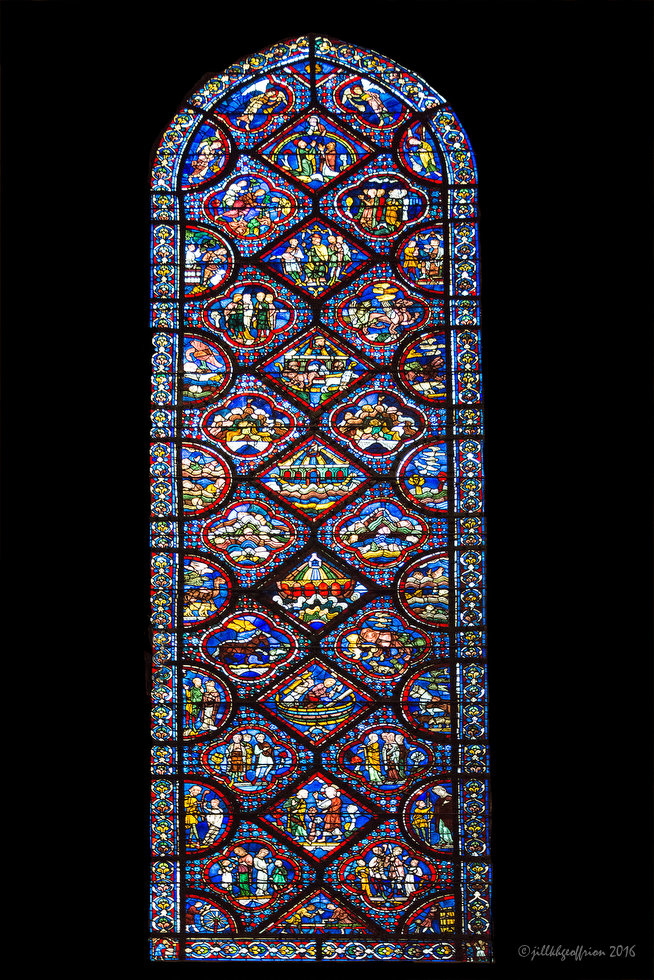 Previous Posts in this Series: